The world of floristry, as in any other art, has its own directions, developments and fashion trends. One of such modern experiments of floral masters is a Thistle. Yes, it is the Thistle, which most considers common weeds. But modern florists have seen it more than just another component of flower bouquets (which is already quite creative), but also a beautiful decorative item for weddings and themed events. But first things first. 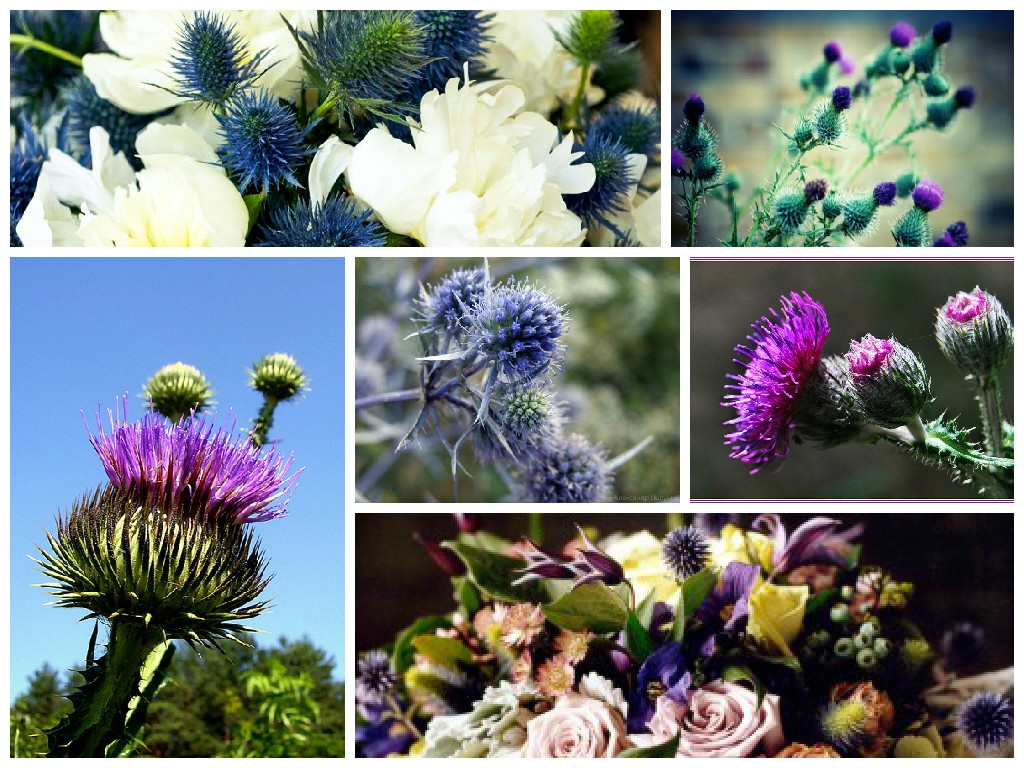 Weed, a magical plant or an elegant decoration?

Basically it is the weeds, but in recent years in this prickly herbaceous flora with pink flower increasingly sees like an ornamental plant. In popular culture thistle has a special role. According to the beliefs of our ancestors its name keeps the magical properties of the weed – to scare away devils, evil spirits. That is why there was a tradition of fumigation cribs to protect cattle from different diseases. A superstitious people preferred to stay away from mass flowering thorns, as they believed that it grows where evil spirits are especially numerous.

The thistle, which is popularly called as the prickly burr, hedgehog, milk thistle, is also used in folk riddles. For example, the night before the holiday of Ivan Kupala girls put the flower under the pillow - to see betrothed in dream. A proverb says: Thistle diverges in hand - it will be stable weather, but if pressed to the head it is going to be cloudy. And another interesting fact: the thistle - the symbol of Scotland and the emblem of the ancient knight of the Order of the Thistle, whose motto says: "No one will touch me with impunity." 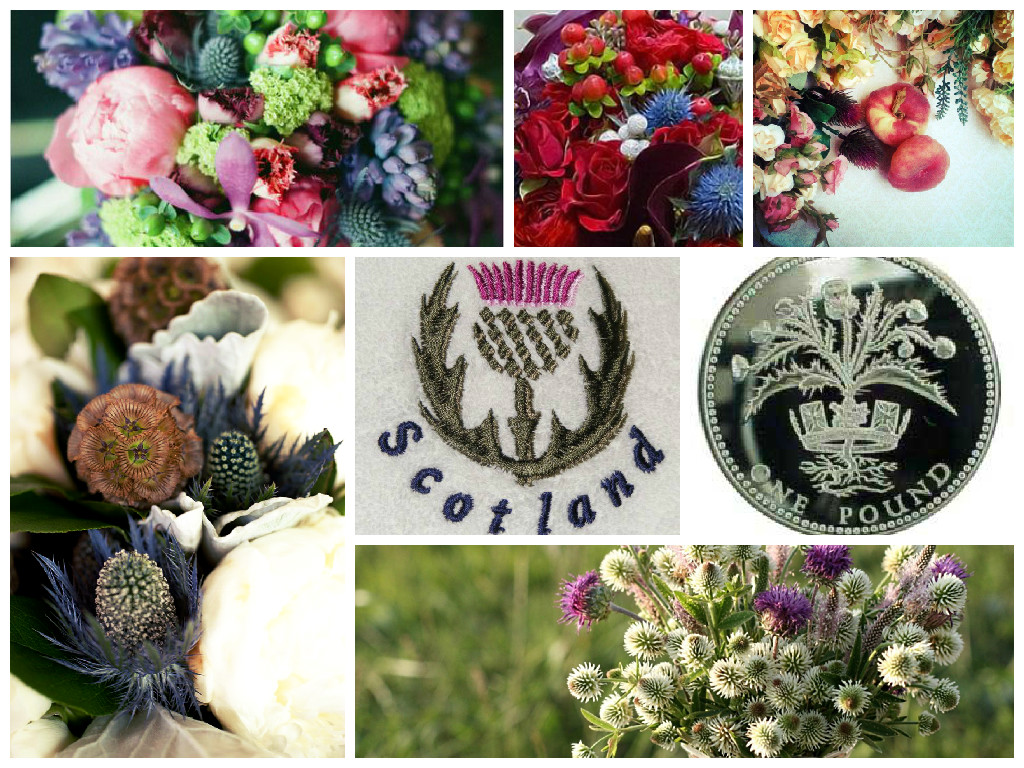 Floral arrangements and bouquets with a thistle

In Europe, which is a motherland of this spiny plant, Thistle can often be found in greenhouses, flower beds and gardens with beautiful, exotic flowers. Even more often people specially buy bouquets of flowers or floral composition with a Thistle.

Nowadays this modern European fashion has reached our country. The use of the Thistle as the highlights of a bouquet or as an organic Supplement to flower arrangements established itself well. Modern buyer, who always wants something new and unusual, likes such an original idea. 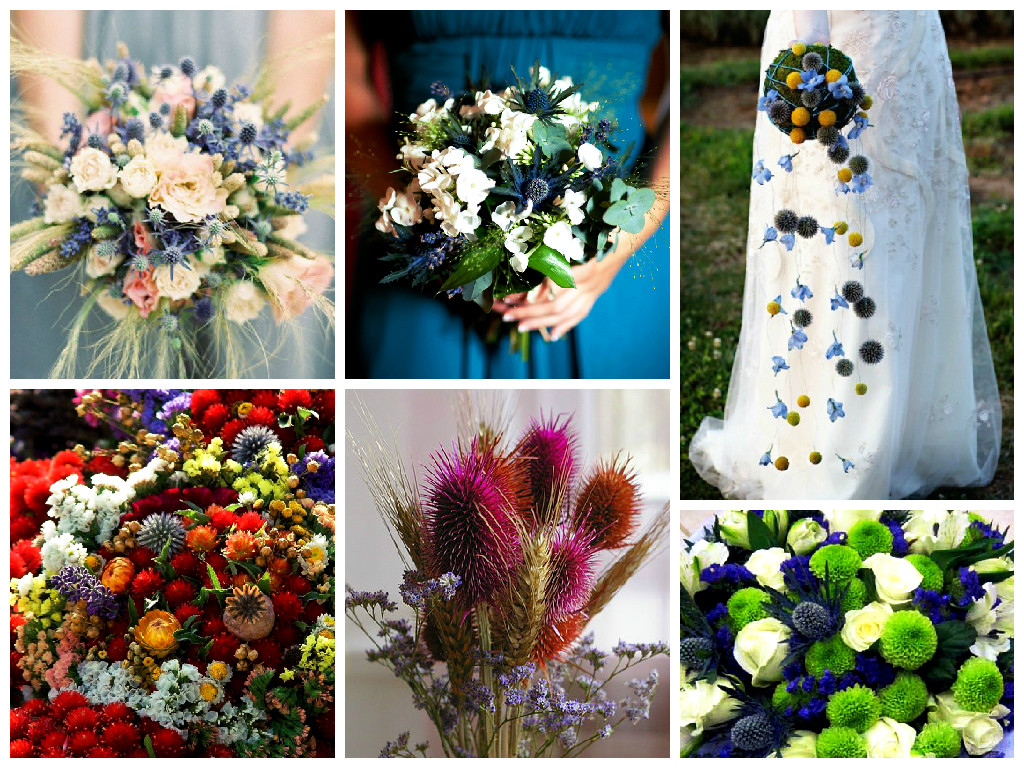 Most often the flower or the thorns of different species of Thistle is used in: 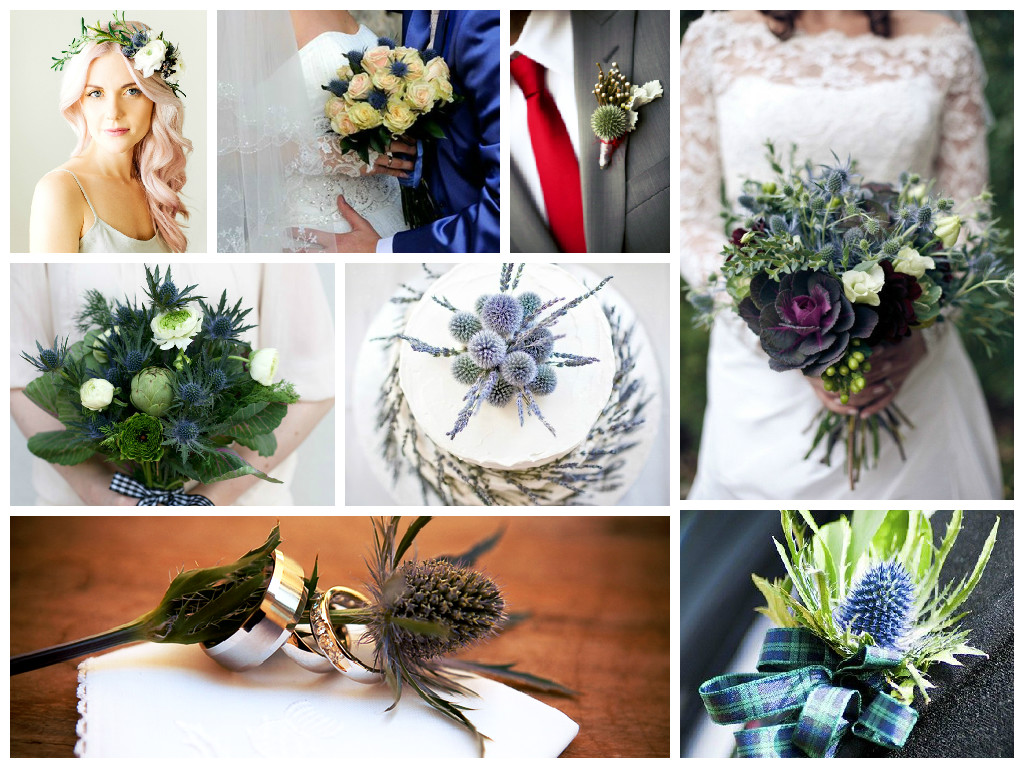 The ordinary thistle also can be very beautiful, when it gets into the right hands! So don't be afraid to experiment and make unusual gifts to their relatives, they love it.

Last updated: 2015-07-06
Section: Articles
Do you like this article? Tell your friends:
Author: Vitalina Mellertakh
Read also
All articles
To top